OpenPeppol and EESPA join forces to use a common Interoperability Framework

The two non-profit associations, engaged in e-invoicing and, more generally supply chain automation, have announced their strategic intention to align their respective efforts on interoperability. 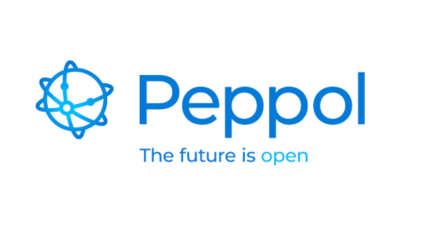 Both organisations have co-created and supported the Global Interoperability Framework, which is based on the four-corner exchange model of electronic invoices and other business documents over an e-Delivery network. Interoperability among service providers (and more generally among business partners) allows buyers and suppliers to reap the benefits of electronic procurement and invoicing through efficient “one-stop” on-boarding.

The leadership in both associations recognises that the parallel deployment of two very similar instances of the same overarching interoperability framework will create confusion in the market and reduce efficiencies. As a consequence, both organisations see a strong business case in joining forces and working towards a common framework, based on multi-stakeholder governance, similar to the one used to ensure an open, resilient and secure internet.

OpenPeppol and EESPA are following, with great interest, the recent trend of governments establishing invoice exchange platforms for continuous transaction control (CTC) purposes. Based on the long experience of their members in implementing electronic invoicing, both organisations understand the importance of ensuring that such systems are designed and deployed in ways that fully leverage the fiscal, economic and societal benefits of information and communication technologies (ICTs).
The trend towards CTC presents a unique opportunity to drastically improve tax collection and at the same time significantly increase the adoption of automated and interoperable business processes. This would result in an enhanced business efficiency, improve economic performance and present a competitive advantage for businesses due to smoother workflows and operations.

An interoperable environment that combines invoice distribution and CTC can be created by extending the ‘four-corner’ model – which enables the transparent exchange of business transaction data among validated service providers operating ‘access points’ connected through an open and pervasive interoperability network – with a ‘fifth corner’ allowing tax administrations to seamlessly receive tax-relevant data reports in parallel to the actual transactions between suppliers and buyers.
In addition to increasing market efficiency, the adoption of a single interoperability framework by OpenPeppol and EESPA will considerably increase the governments’ chances of maximising public revenue collection while reducing administrative burdens for business and safeguarding higher long-term competitiveness and growth.

A joint working group between OpenPeppol and EESPA has been established to make recommendations for the convergence of their respective interoperability efforts to reach conclusions on a common framework by the end of the first quarter of 2022.

The Peppol Interoperability Framework is owned, maintained and developed by OpenPeppol, a democratic, member-led international association established in 2012 as an International Not-for-Profit Association (AISBL) organised under Belgian law.

OpenPeppol members come from the public and private sectors, comprising Peppol Authorities, Service Providers and End Users. The OpenPeppol membership continually increases as the adoption of Peppol spreads around the world, with close to 500 members from 39 countries at the end of 2021.

About EESPA
EESPA is the European trade association for a large and dynamic community of E-Invoicing Service Providers, drawn from organisations that provide network, business outsourcing, financial, technology and EDI services. EESPA is an International Not-for-Profit Association (AISBL/IVZW) organised under Belgian law. Formed in 2011 EESPA has over 90 full and associate members.

EESPA is providing and developing several services for its membership:
• Representing the industry, engaging in the public policy debate
• Recommending best practices within appropriate European forums
• Promoting interoperability and the creation of an interoperable eco-system
• Advocating and supporting the wide adoption of e-invoicing and its benefits